HQ Esports are the winners of the Free Fire Asia Championship 2021. They won three booyahs yesterday and proved that they are the ace conquerors of the eastern hemisphere. The sparks of their brilliance were evident the moment we saw them in the Play-Ins. They were the only team to score more than 100 points in the Play-Ins, and today they scored 86 points. The margin of victory was narrow, considering that they got eliminated pretty early in the last game, yet somehow tanked the loss because they had built up a healthy buffer in the games before that.

GPX finished second with two booyahs, while CGGG finished third. While the Thai underdog did not have any booyahs to their name, they had the highest kills. Let’s take a look at how things unfolded.

As the zone shrunk around Pochinok, HQ Esports did not face any problems while rotating into the city. They used their vehicles to enter the circle while there was only one team camping towards the outskirts of Pochinok. After avoiding that fight, they captured the Mansion Compound on the North-western side of the Pochinok, and held it till the end of time. Little did they know that even the last circle would form precisely on top of that house. While any other team would be sweating bullets trying to defend it, HQ Esports decided to leave it! The last two enemy squads GPX Esports and CGGG were pushing in from either direction. Instead of getting pinched in the center trying to defend a compound that is already difficult to barricade, they moved a stone’s throw away from the house and used gloo walls to temporarily create off-angles onto the enemy squads. With this one tiny maneuver, HQ Esports avoided a hailstorm of bullets and found safer angles to fight from. This quick wit got them the booyah along with 11 kills. What a fabulous way to start the day.

Heavy throw their weight around

Great Command Post presence by Team Heavy showed us why their name is justified. They held that region with a vice grip and did not let anyone uproot them out of their base of operations. Using the border wall as cover, Heavy Esports was able to fight off two different teams at the same time to win the dub in Kalahari with 13 kills. No other team was able to get even half the kills they did.

GPX Esports finished within the top 3 in the first game, but disaster followed in the second game in Kalahari. They were wiped out as soon as they landed. They redeemed themselves in Purgatory by winning the booyah. Purgatory was a difficult test for everyone because the zone ended in the open fields. Conserving your Chrono Time Turner domes and gloo walls became necessary, and the team that kept their resources in check while not having to heal much won. GPX Esports did all of that and more, winning Purgatory in a graceful and calculated manner.

Artemis puts HQ Esports back on the board

EVOS.Divine had HQ Esports on the chopping block. If it wasn’t for Artemis pulling off a quad kill, it would have resulted in HQ Esports dying right there. This too, was towards the end of the game. Artemis used his Mag7 to quickly clear corners and caught several EVOS.Divine opponents either reloading or without Time Turner protection. After finishing off the squad wipe, he revived his teammates and defended the compound to fend off third parties and buy his teammates time to reset. HQ Esports proceeded to secure the booyah in that map and padded their statistics. 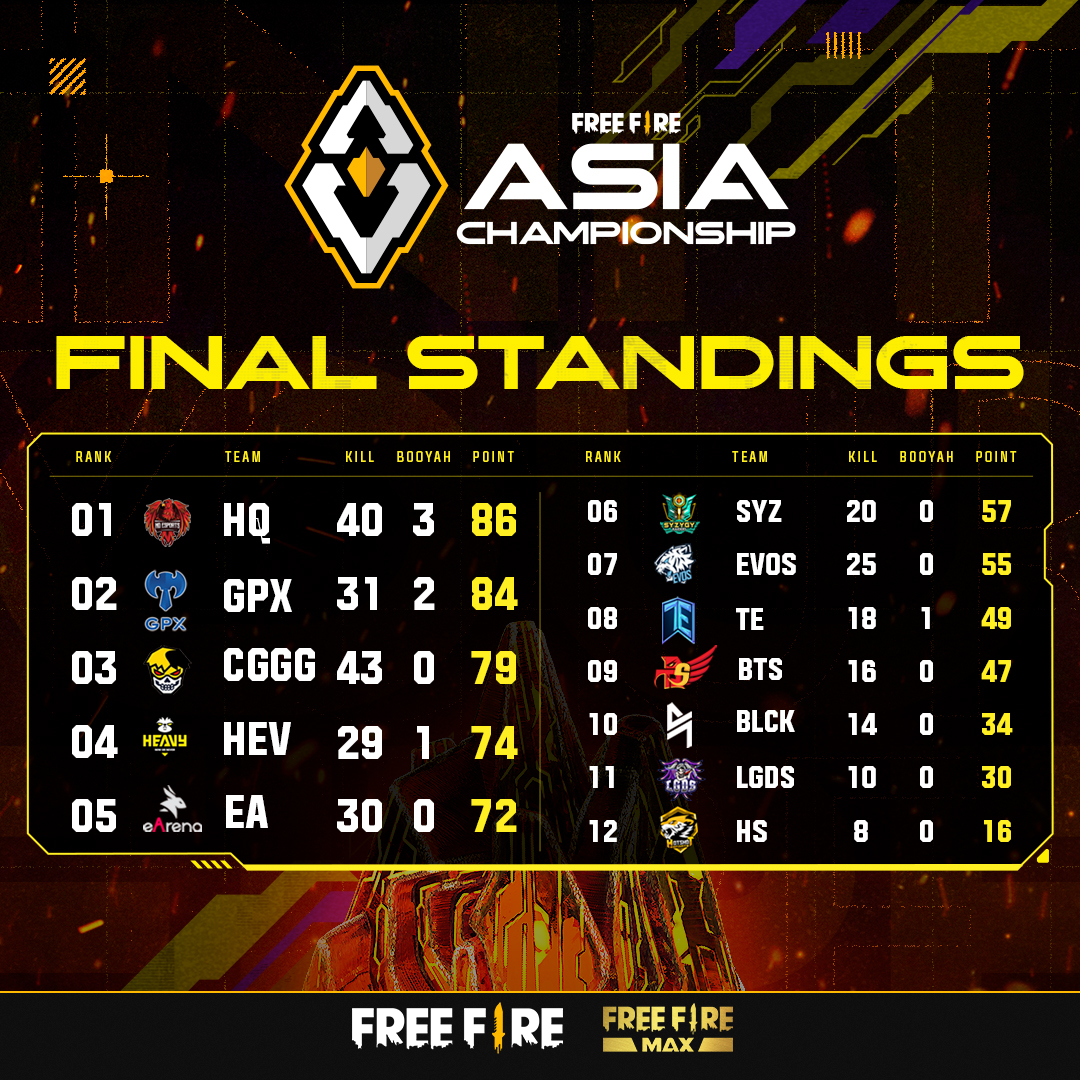 What’s better than winning a booyah? Winning two booyahs back to back. HQ Esports did exactly that in Kalahari (Match 5/7). Once again this was a stomping victory for HQ Esports as they bagged 15 frags in that match. No other team could get close to them, neither in terms of distance on the map, nor in terms of score. The 27 points that they got in that game softened the loss that they faced in the last map, and kept them afloat at the top of the leaderboard.

GPX Esports also put up one more win on the board in the sixth game of Purgatory. Even though they had two booyahs, they couldn’t get anywhere close to HQ Esports. They missed the perfect opportunity to close the gap. HQ Esports were the first team to get eliminated in Purgatory, which made almost every team in the top 5 very happy. GPX Esports climbed up to second place with 73 points, and CGGG were tied with them at the third spot. However HQ esports had 85 points. Twelve points were more than enough to keep the Vietnamese team glued onto the throne.

Team Elite surprise everyone with a win on the surprise map

The seventh map was randomized and Kalahari was chosen. Team Elite made some really good decisions in this game, to successfully avoid getting caught in a cluster of teams towards the third circle during the rotation phase. Towards the end of the game, they pounced on the opportunity to third party a fight between eArena and GPX Esports. Actively participating in the fights and keeping tabs on enemy positions got the win. This is a big achievement for the Indian team. This is the first time an Indian team has been able to win a booyah in an international championship. While they finished eighth on the overall scoreboard, this win will hopefully make them realize their potential and teach them what their win conditions are. 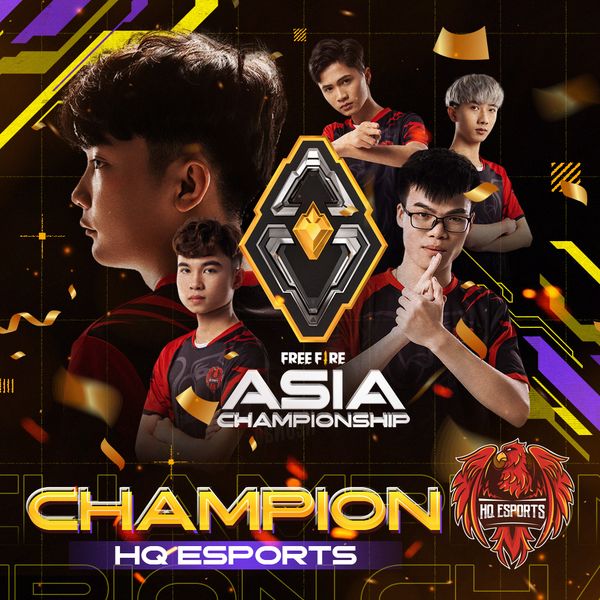 At the end of it all HQ Esports was crowned as the champion! They took their rightful place atop the golden throne and took home the bounty of $80,000! We congratulate them for winning the Free Fire Asia Championship 2021!