This is an Asian tournament where the best teams from all over the continent will be participating. They have all qualified from their respective regional qualifiers and national championships.

The Free Fire Asia Championship 2021 will be held in two phases. The Group stage will take place on 20th and 21st November, followed by the Grand Finals on 28th November 2021.

31 teams from 9 Asian countries will enter this tournament. 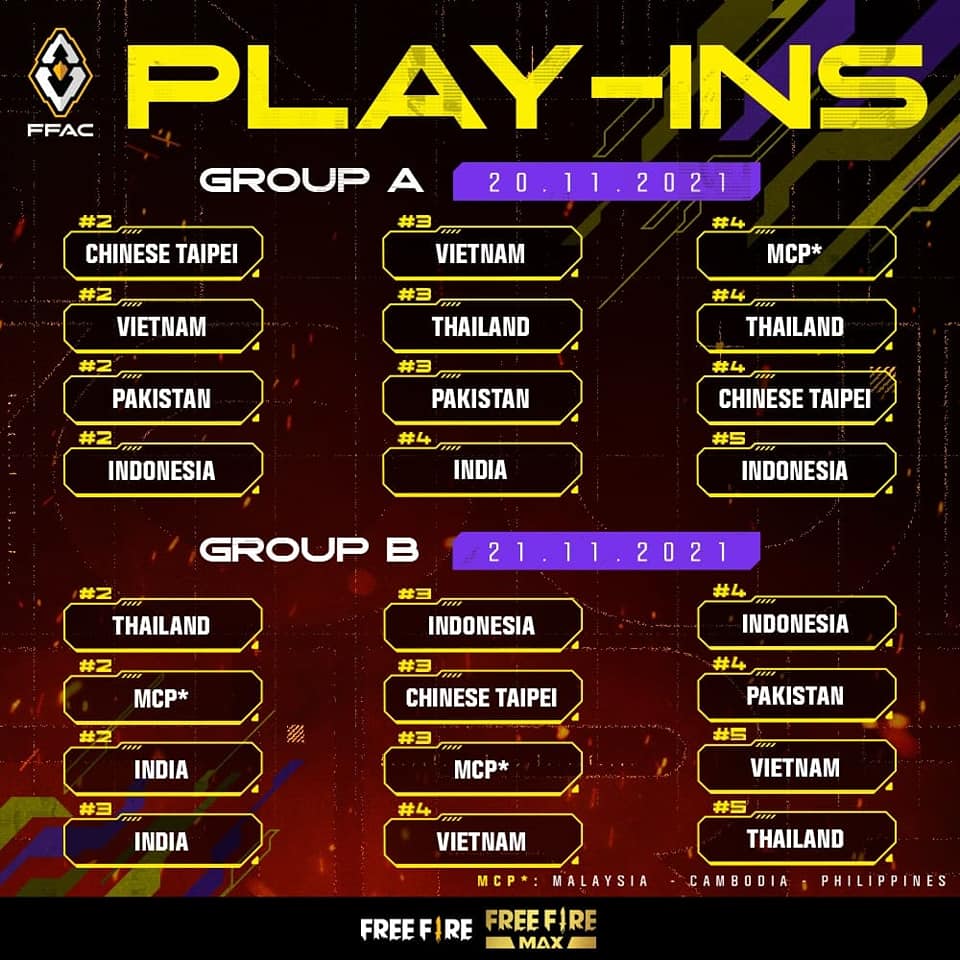 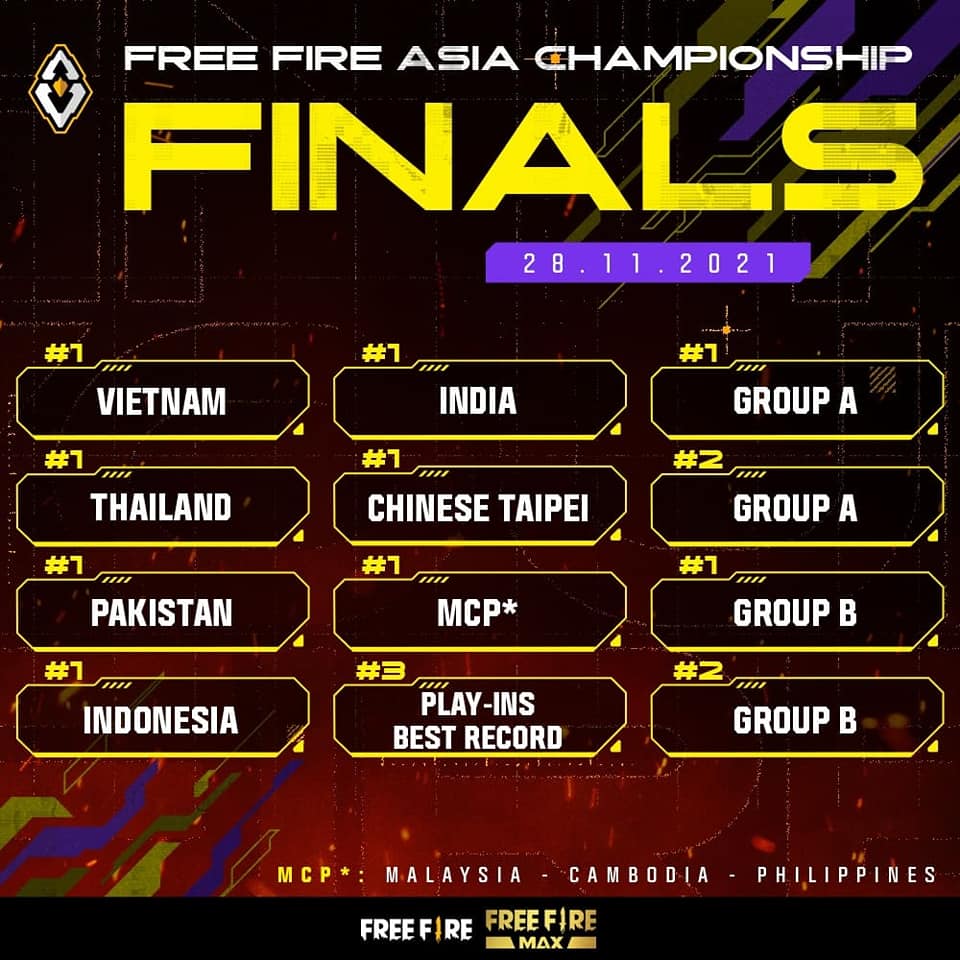 The other top teams from these tournaments will be going to the Grand Finals, which will be held on 28th November. The remaining 24 teams will be divided into two groups of twelve teams each. During the Play-Ins, they will have two days to prove themselves and grab as many points as possible. 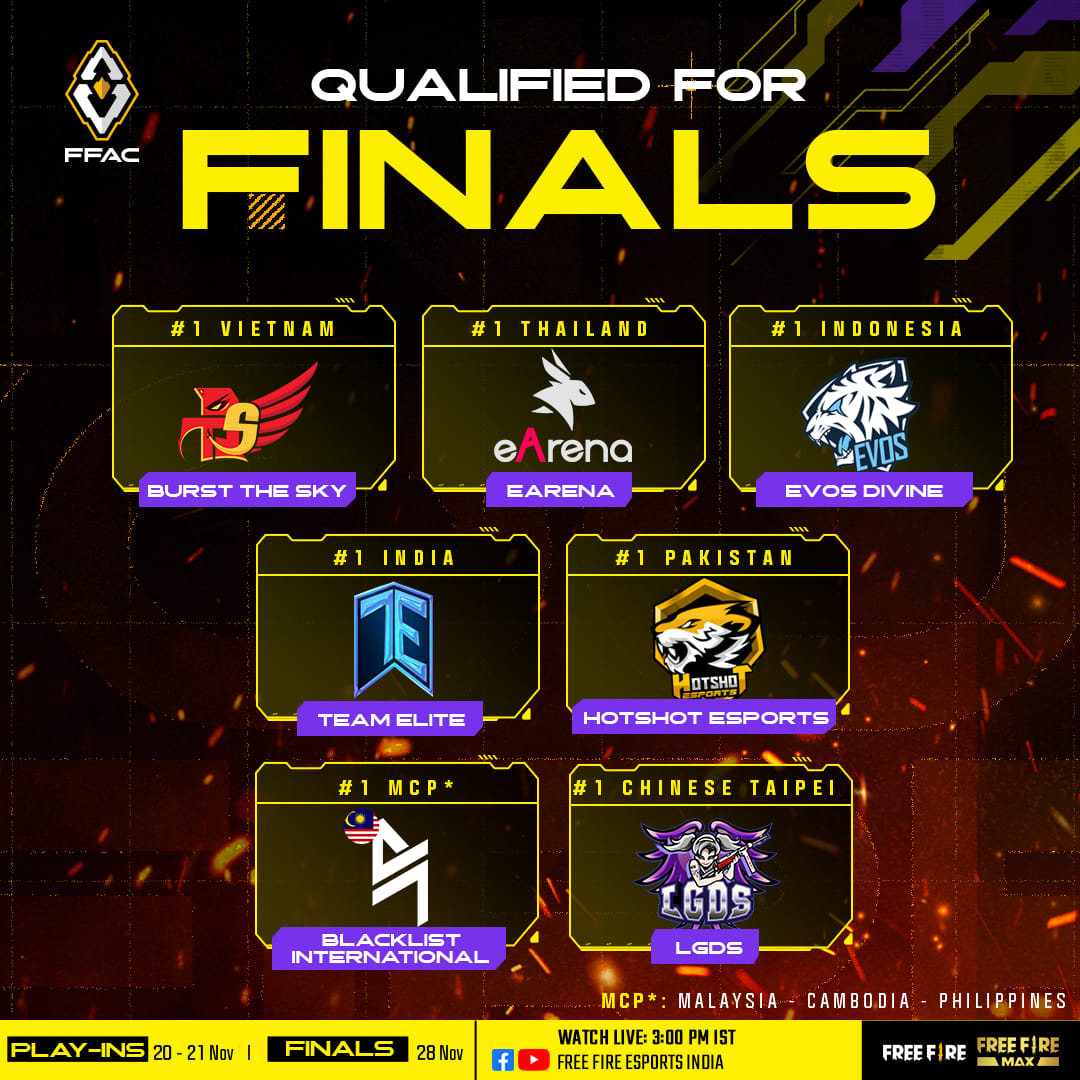