The Esports Awards 2020 named Free Fire as the “Esports Mobile Game of the Year” at their annual awards ceremony held virtually on 21st November 2020.

The Esports Awards 2020 included a mobile category for the first time, where Free Fire was nominated alongside titles like Arena of Valor, Call of Duty: Mobile, PUBG Mobile, Clash Royale, Brawl Stars, Clash of Clans, and Mobile Legends. The win builds on the success of our self-developed and published game, which was the most downloaded mobile game worldwide in 2019 according to App Annie, and the most downloaded mobile game worldwide in the first nine months of 2020 with more than 220 million installs, according to Sensor Tower.

In his acceptance speech, Harold Teo, Free Fire Producer at Garena, shared that the team was “humbled and honored” to have won the award, and dedicated this win to the Free Fire community all around the world – its fans, players, and partners. Harold acknowledged the great work that the team has done to make this win possible, and said that they will be working hard to “help more people around the world love Free Fire.” 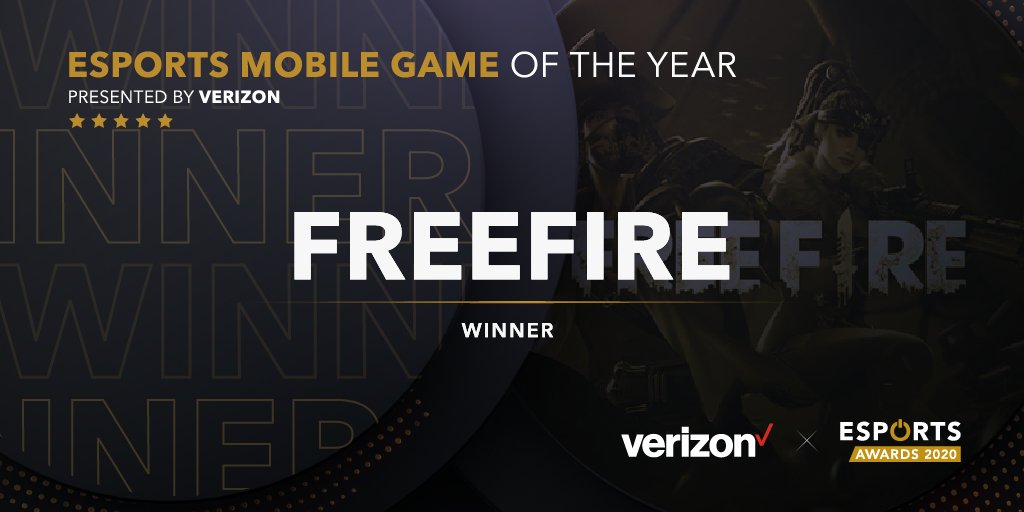